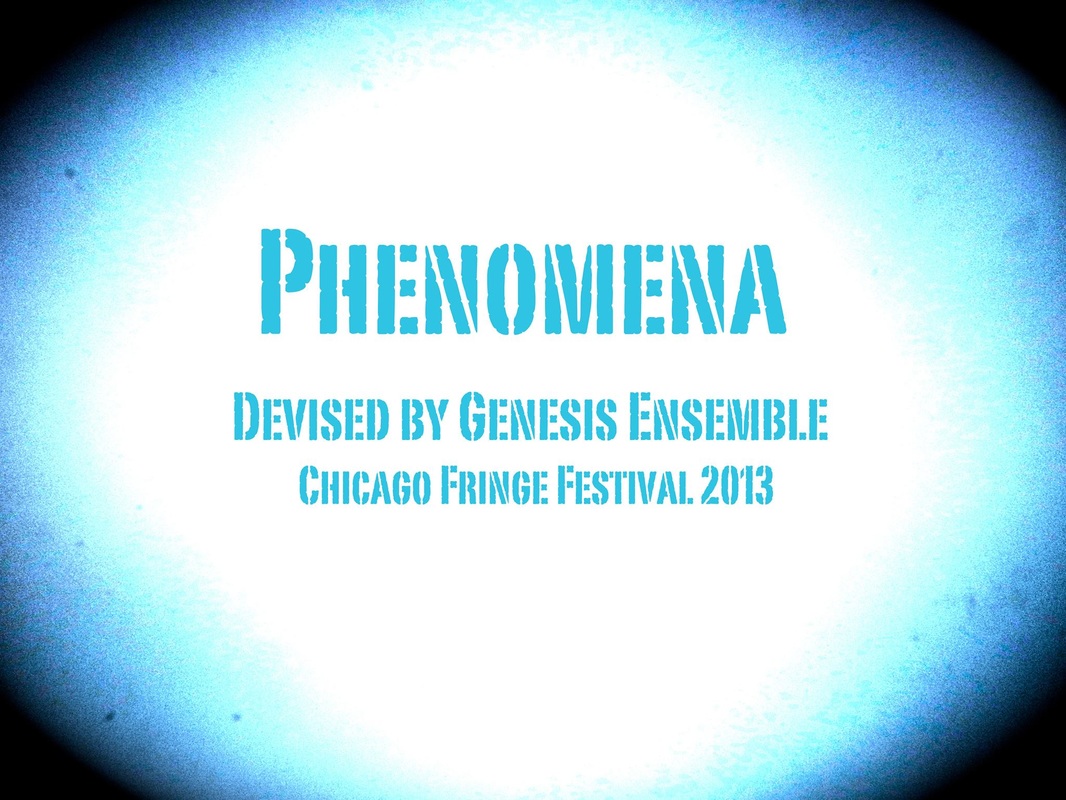 An ensemble-devised play theatricalizing the consideration and experience of spiritual, scientific, and extraterrestrial phenomena. Using the convention of a congressional hearing as a departure point, the ensemble integrates choreography with sourced text, embodying themselves as well as the personas and beliefs of scientists, theologians, theorists, and witnesses.

Phenomena was first conceived over a workshop process in the summer of 2012 as part of Red Tape Theatre’s Fresh Eyes Project for New Work. Genesis premiered a new iteration of the work for the  2013 Chicago Fringe Festival in Jefferson Park at the First Congregational Church.